IMPORTANT: Due to the recent COVID-19 situation most employees are currently working remotely. Though our physical office doors may be shut, we are still open virtually and are here to support you. Please reach out to our team where they will be happy to assist you. We thank you for your understanding.

It’s that time of year again where most of us start thinking about our new year’s resolutions and how long we’ll stick to them.  Many of us are in pursuit of becoming a better version of ourselves and yet more resolve to get a new job.

Becoming well-spoken is a task that should not be overlooked in the quest of either of these things.

You don’t need to take elocution lessons or change your accent for interview, but speaking well is very important in an interview and can make the difference between a job and no job.

I’d like to hone in on that last bullet point as this is something that many people are unaware of and is potentially the hardest of the habits to break.

Fillers are extra words that don’t add anything to the conversation. The most common fillers in the English language are ‘err’ and ‘um’ as well as phrases and words such as “I mean,” “sort of,” “ya know?” “well,” and of course, “like.”

Of course, everyone uses fillers and it is near impossible to get rid of them completely.  You may not even notice you’re using them, but if you were recorded for a day you would most likely hear that your conversation is peppered with such words.

People expect those in a position of authority, or giving a prepared remark, to use little if any filler. For example, you would quickly notice if the news anchor started their sentences by saying ‘um’ or ‘I mean’. This is precisely why using too many ‘ums’ and ‘ahs’ just doesn’t work in an interview if you want to appear prepared and rehearsed.

Using ‘err’ and ‘um’ too often can also detract from the, err, strength and, like, eloquence of your remarks, know what I mean?
I think you do.

Linguists tend to agree that the purpose of fillers is to indicate to a listener that you need time to plan what to say. In short, your brain hasn’t kept up with your mouth. “err’s” signal a shorter delay, while “um’s” tell the audience the delay will be longer. In an interview, this can make you look lost and unprepared for questions. Using fillers at the end of a sentence might be an indicator that you want to continue to speak, but can also signal to the listener that they need to jump in and provide an answer on your behalf.

Finally, using too many “um’s” can be a sign that you’re not telling the truth. Your interviewer may think that you’re embellishing or trying to provide an answer where you don’t have one. Fillers also harm your credibility with your audience, giving the impression you didn’t respect them enough to prepare adequately and decided to wing it, and/or that you’re not confident in what you’re saying.

If you want to improve for interview here are some tips:

It’s easy to prepare standard interview questions in advance and rehearse going through your CV or key examples of your work prior to the interview. You can also plan for questions about the role or company you’re interviewing for. Your mind will then find it much easier when you are asked this question and the use of fillers will lessen.

2. Make it a balancing act

While gesticulating wildly in interview never goes down well, studies have found that when you don’t use your arms and hands at all, you tend to use more fillers.

4. Keep your sentences simple and short

The longer the sentence, the more likely you are to use an ’um’. Use declarative sentences that cut the extra information out.

You may have heard that the best way to get rid of your um’s and err’s is to replace them with a silent pause. Don’t do this! It can actually be just as bad to pause as to “um”.

Avoid looking out of the window and concentrate on the question at hand rather than what has gone before or after. If you add to what your brain is processing you will slow down the time it takes your brain to catch up with what you’re saying.

Get a friend to listen to you and critique or, even better, record yourself, no matter how cringe worthy it may sound and play back your recordings several times so you become aware of how often you use fillers.  Practice and keep rerecording your answers. You will get better. If you have particular phrases you use consistently, try and stick stickers around your house or on your phone to remind yourself not to use them! 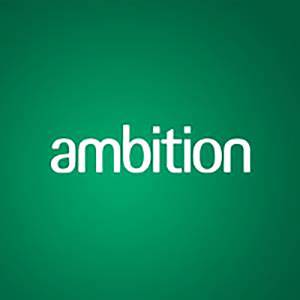